Students Get Taste of Budgeting in the Real World

Find this article at:
go.ncsu.edu/readext?844785
— Written By Rhonda Peters

With the help of many community volunteers who staffed 14 business booths, 9th – 12th grade students at Montgomery County Early College participated in a Real Money, Real World simulation on January 13. Students were assigned a career, a monthly salary and a specific number of children. Each student visited the various booths making spending choices based on their family situation hoping they would have enough money to make ends meet at the end of the month.

Students assumed the role of a 27-year-old adult who is the primary income provider for a family. They received an occupation, monthly salary and the number of children they are raising. Students spent their money at booths staffed by community volunteers on items typically found in a monthly budget including housing, utilities, groceries, insurance, child care, and transportation. Throughout the activity, students kept track of their finances and attempted to complete the simulation with a positive ending balance.

One of the biggest surprises to participants at both events was the cost of child care. One youth, who came into the simulation with only an $1,800 monthly salary and two children, was discouraged to discover at the child care booth that daycare for his two children would be over $800. Volunteers at the Financial Advice booth assisted him in getting a second part-time job after he discovered that “giving his children back” was not an option.

In November, one student returned to the clothing booth after the first visit to say, “I need to change my choice. Maybe thrifty isn’t so bad after all.”  Another student was overheard saying, “I need to trade in the Benz – this isn’t working out!”

After the simulation, students reflected on their experience and what they learned by completing a self-assessment. The students thoroughly enjoyed their experience but were shocked at how hard it was to meet a monthly budget. Many had newfound respect for their parents and what they deal with on a daily basis. In a follow-up conversation with a parent of an Early College student, the mother reported getting a phone call in the middle of the event from her daughter just to say thank you for all she does as a parent. Comments from other parents indicate that the event sparked important conversations at home and opened communication about budgeting.

At the end of the experience, student comments included, “Kids are expensive,” “I need to stay in school and graduate in order to get a better job later,” “I was thinking of not going to college, but I sure am going now!”, and “life is a whole lot harder than I thought.”  Students also reported learning the value of paying for things they had to have (needs) before budgeting for the things they just wanted to have, and the importance of saving – “I’m going to start saving – like TODAY!”

Follow-up studies with Real Money, Real world program implementation across the country indicate that students report significant changes in their financial behavior after the program. Over 80% of participants report changes in the extent to which they now repay money owed on time, set aside money for the future, and compare prices. Over three-fourths of students indicated they now think more carefully about spending money.

“This event absolutely would not be possible without the generous volunteer time provided by more than thirty community members, school personnel, agency and business representatives, and even town officials. This is continued evidence of how working together truly makes a positive impact,” stated Peters. North Carolina Cooperative Extension plans to partner with Communities in Schools of Montgomery County to offer the program again later this spring or during the fall of this y 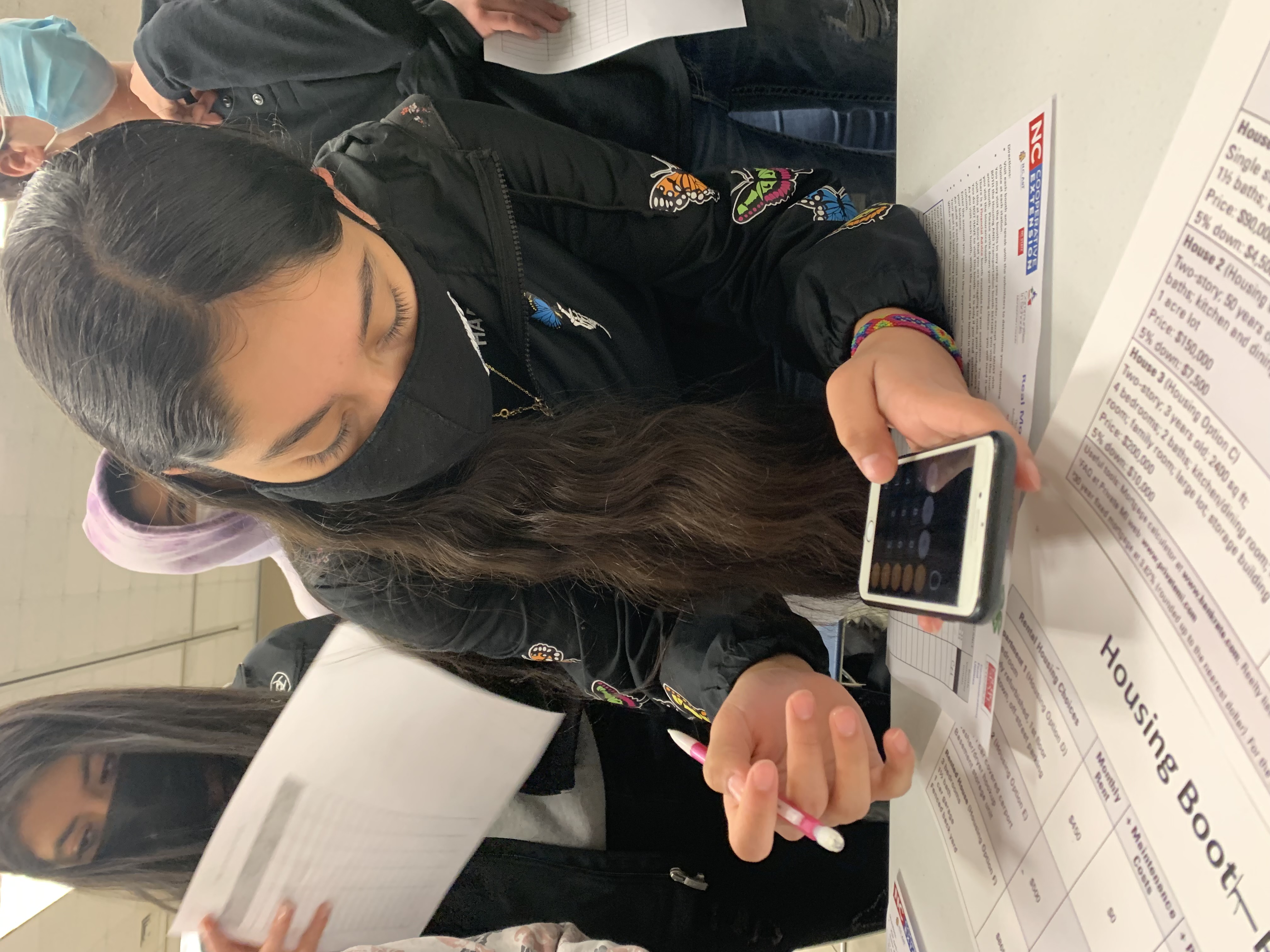