Montgomery County Center will be closed tomorrow, Thu 11/26/2020 for the holiday. Following COVID-19 precautions and County Government Regulations our offices will be open to the public Monday-Friday, 9:00 am -4:00 pm.

4-Her Competes in Virtual Livestock Circuit 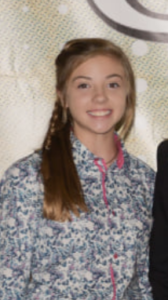 The annual 4-H Farm Credit Showmanship Circuit, sponsored by Carolina Farm Credit and Cape Fear Farm Credit, provides youth ages 5 to 19 an opportunity to compete against other youth from across the region. This year, due to Covid-19, the circuit went virtual with participating youth from 17 counties in the Piedmont Region. Participants were given a total of five specific prompts and asked to submit at least three of those for competition. They videoed their prompt topic and led there animal around in order to show the judges their animal and animal handling skills. Points were awarded by the judges after each video submission, and placings were determined by the total points received.

The Showmanship video prompts were designed to gauge the 4-Her’s knowledge and skill with their animals. By participating in the 4-H Farm Credit Showmanship Circuit, youth learned leadership skills, record-keeping, communication and responsibility, while increasing their self-esteem. They also became more proficient in technology and videography as a result of their participation in the virtual circuit.

In this year’s circuit, Montgomery County was represented by Caroline Smith, daughter of Allen and Amanda Williams of Star. Caroline competed with her doe named Sassafras.

Caroline was recognized on October 29th during a virtual 4-H Farm Credit Showmanship Circuit Awards Banquet for her hard work and participation this year. Congratulations Caroline on a job well done.