Following COVID-19 precautions and County Government Regulations our offices will be open to the public Monday-Friday, 9:00 am -4:00 pm.

Find this article at:
go.ncsu.edu/readext?708541
— Written By Jamie Warner 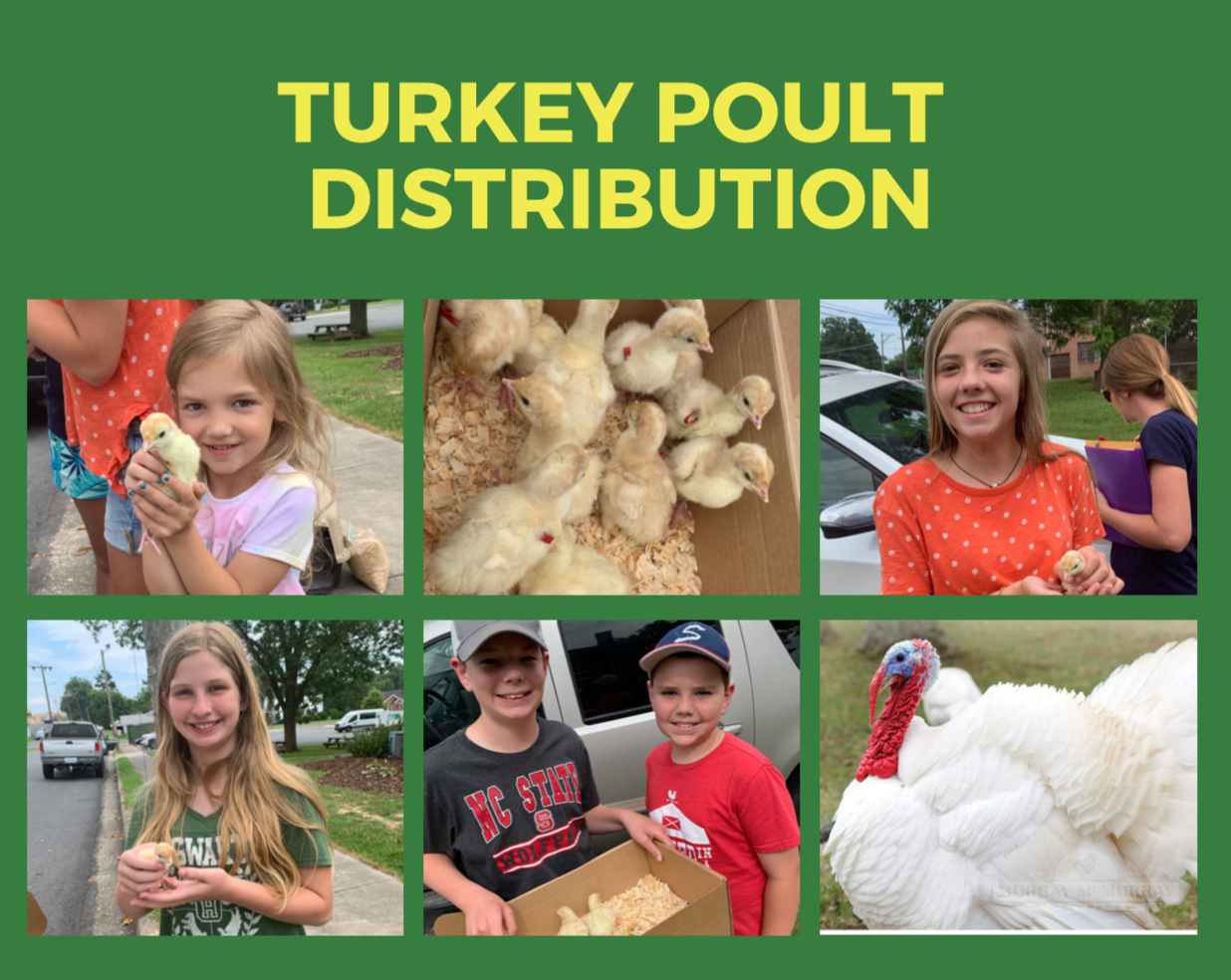 Each year the N.C. State Fair conducts a Market Turkey Show for the youth in North Carolina. The show is open to anyone that is between the ages of 5 – 18 years old, interested in raising turkeys in order to show at the state fair in October. For a nominal entrance fee, showmen will be given up to three turkey poults.

As of right now, the Youth Market Turkey Show is still a “Go” for October. Seven of the county’s 4-H’ers received their newly hatched turkey poults on Tuesday, June 30, 2020. The young people were given turkey toms this year to raise for the show which will be held on Friday, October 16 in Raleigh. From now until then, the young showmen will care for these birds by feeding them, keeping them clean and safe from predators, and will practice their showing techniques. The participants will also learn about turkey anatomy, behavior, nutrition, health, and the turkey industry in North Carolina.

This year, the poults were donated by Prestage Farms and Butterball. The NC State University Feed Mill Education Unit provided 5 pounds of starter feed per participant to help them get their turkeys off to the right start. Without these companies and organizations, this project would not be possible.