Find this article at:
go.ncsu.edu/readext?715318
— Written By Jamie Warner 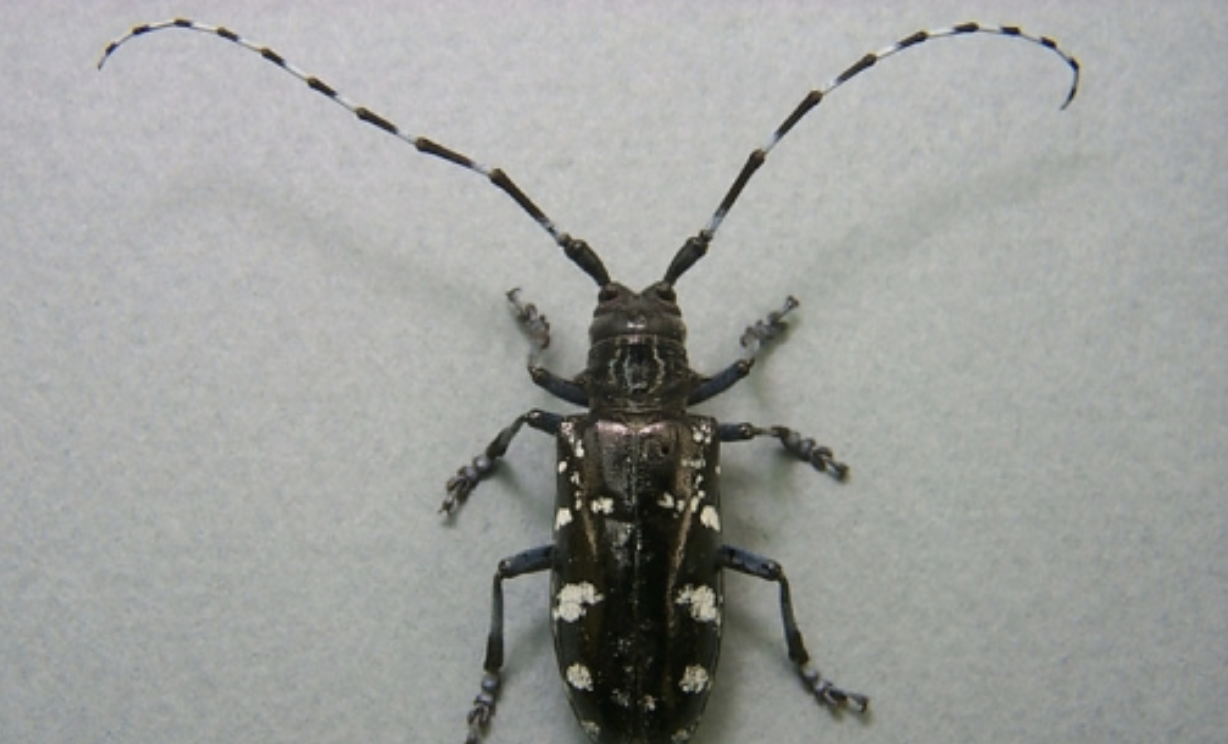 WASHINGTON — August is the peak time of year to spot the Asian Longhorned Beetle (ALB) as adults emerge from trees. That’s why the U.S. Department of Agriculture (USDA) is declaring August as ‘Tree Check Month.’ Checking trees for the beetle and the damage it causes is one way residents can protect their own trees and help USDA’s efforts to eliminate this beetle from the United States.

“Just this past June, we confirmed a new infestation in South Carolina after a homeowner reported that they found a dead Asian Longhorned Beetle on their property,” said Josie Ryan, APHIS’ National Operations Manager for the ALB Eradication Program. “We need the public’s help to find new areas where the beetle has spread, because finding it sooner means less trees will become infested.”

ALB is an invasive wood-boring beetle that attacks 12 types of hardwood trees in North America, such as maples, elms, horsechestnuts, birches and willows. In its larval stage, the insect feeds inside tree trunks and branches during the colder months. The beetle creates tunnels as it feeds, then it chews its way out as an adult in the warmer months. Infested trees do not recover and eventually die. Infested trees can become safety hazards since branches can drop and trees can fall over, especially during storms.

The beetle has distinctive markings that are easy to recognize:

ALB is not harmful to people or pets. If possible, residents should take pictures and capture suspicious insects in a durable container and freeze them, which helps preserve the insect for identification. Residents can report the insect or tree damage by calling the ALB hotline at 1-866-702-9938 or reporting online at Asian Longhorned Beetle.

“As people use firewood this summer, we are also asking them to buy heat-treated and certified wood rather than move untreated firewood long distances, which can potentially spread ALB,” warned Ryan. “You can also responsibly gather firewood where you will burn it or buy it in the area where you will use it.”

Firewood cannot move out of areas that are quarantined for ALB without a permit. It is important that people follow state and federal laws, which restrict the movement of woody material, to keep the tree-killing pest from spreading outside of known infested areas.

It is possible to eradicate the pest. Most recently, USDA and its partners declared Brooklyn and Queens in New York free of ALB. The insect has also been eradicated from areas in Illinois, New Jersey, Boston, Massachusetts, other portions of New York, and portions of Ohio.