Find this article at:
go.ncsu.edu/readext?487688
— Written By Jamie Warner

The 2017 Montgomery County 4-H and Farm Bureau Youth Livestock Show was held on Saturday, August 26, at the Agriculture Center on Glen Road. There were 169 animals registered to be shown by 96 youth, ages 5-19 from across the Piedmont. Mr. Nate Baribault of Raleigh, NC judged both the heifer and goat shows. The ring steward for the event was Jessica Poole of Troy.

The heifer show began at 10:00 a.m. and ended around Noon. The Grand Champion heifer this year was Missy and Reserve Champion heifer was Adele. Both heifers are owned and exhibited by Marcie Harward of Stanly County. 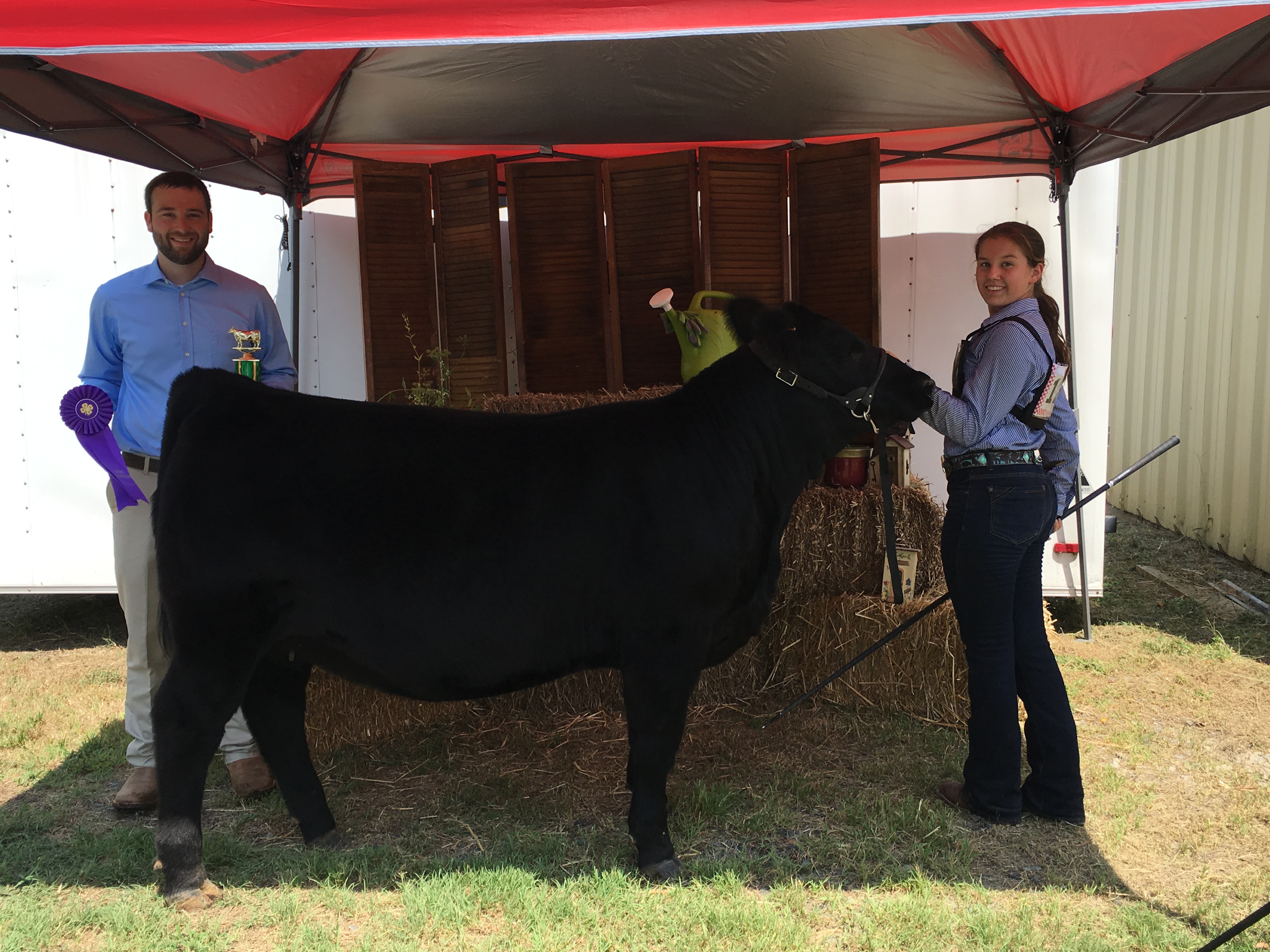 After the heifer show, there was a special Pee Wee Goat class for anyone under the age of 5 that wanted to experience showing an animal. The pee wees teamed up with an older showmen and learned how to lead a goat around the show ring. All of the pee wee showmen were awarded a medal for their efforts.

The goat show started at 1:30 p.m. with the market wethers and the competition was tough! The Grand Champion Wether this year was Blaze owned and exhibited by Savannah Shepherd of Richmond County and the Reserve Champion was Mack owned and exhibited by Kali Mabe of Stokes County. Does were the last to be judged and Kali Mabe took both Grand (Sky) and Reserve (Peanut Butter) Champion Does. 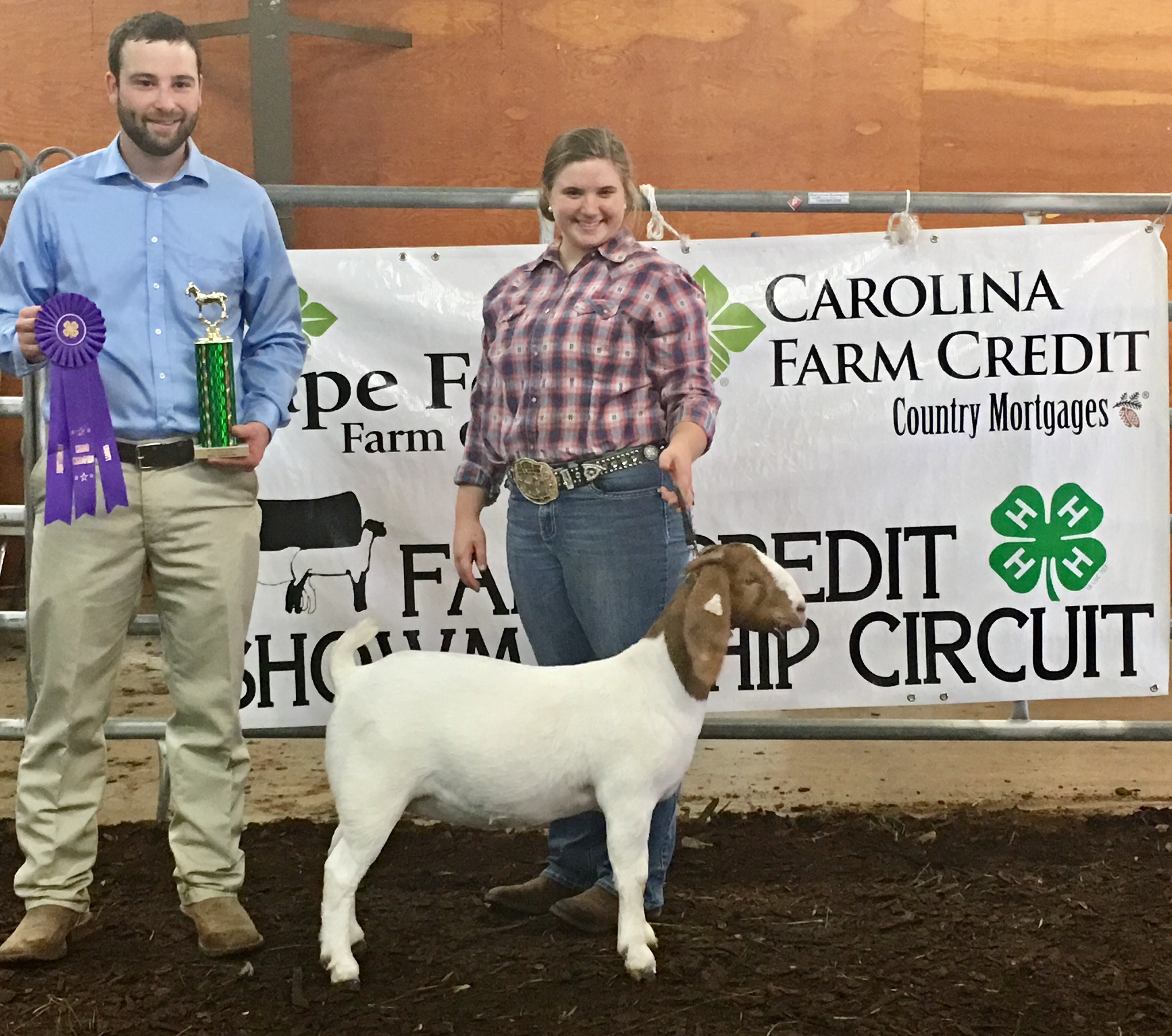