Following COVID-19 precautions and County Government Regulations our offices will be open to the public Monday-Friday, 9:00 am -4:00 pm.

Find this article at:
go.ncsu.edu/readext?469023
— Written By Jamie Warner

According to the NC Standard Course of Study, science education builds on concepts including evidence, explanation, measurement, order and organization. To assist educators in building these skills, 4-H provided the embryology curriculum, incubators, quail eggs, heat lamps and other necessary supplies to all second grade classes, free of charge. Hands-on training for teachers was also provided. Over the 23-day incubation period, students made observations, measured incubator temperatures, rotated eggs and planned for an expected hatch. Youth learned to work as a team and make decisions. This year, over 300 second graders received 25 contact hours of embryology science content.

On May 30, the 4-H and Livestock Agents with Montgomery Cooperative Extension were invited to join the Troy Elementary second graders as they finished up their incubation program. They played a Jeopardy-style trivia game with the classes to see how much the students learned about embryology, incubation, parts of the egg and 4-H as as result of the 23-day project. They also presented each student with a certificate of participation for all of their hard work. 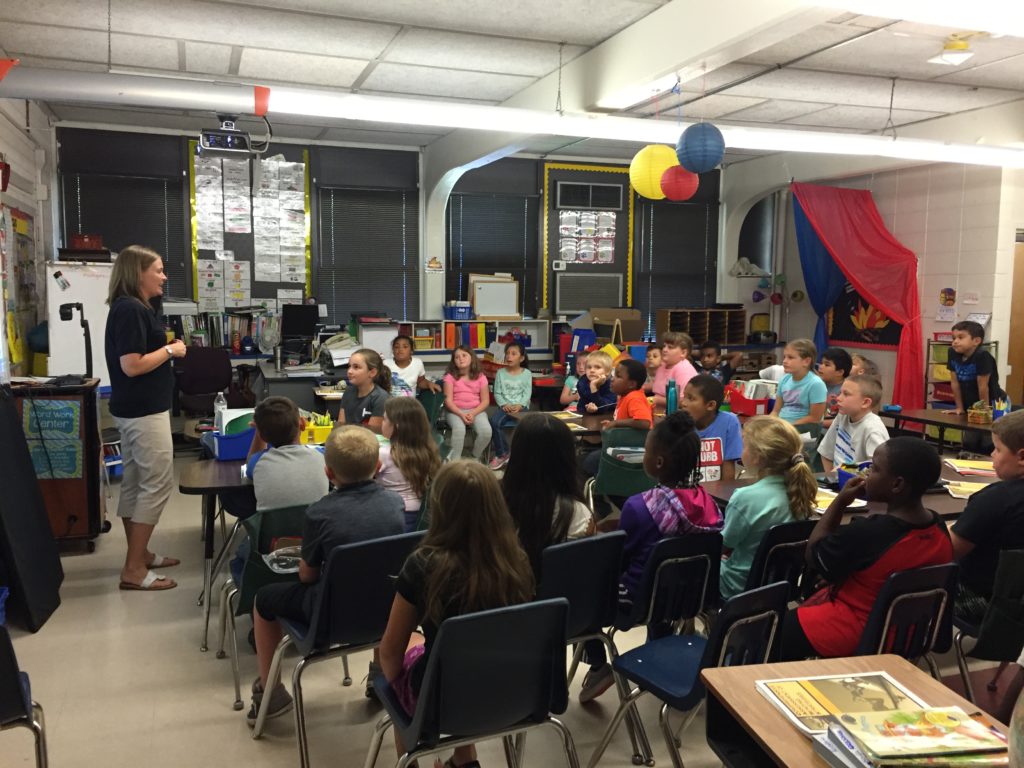 4-H Agent, Chrissy Haynes talks to one group about 4-H in Montgomery County. 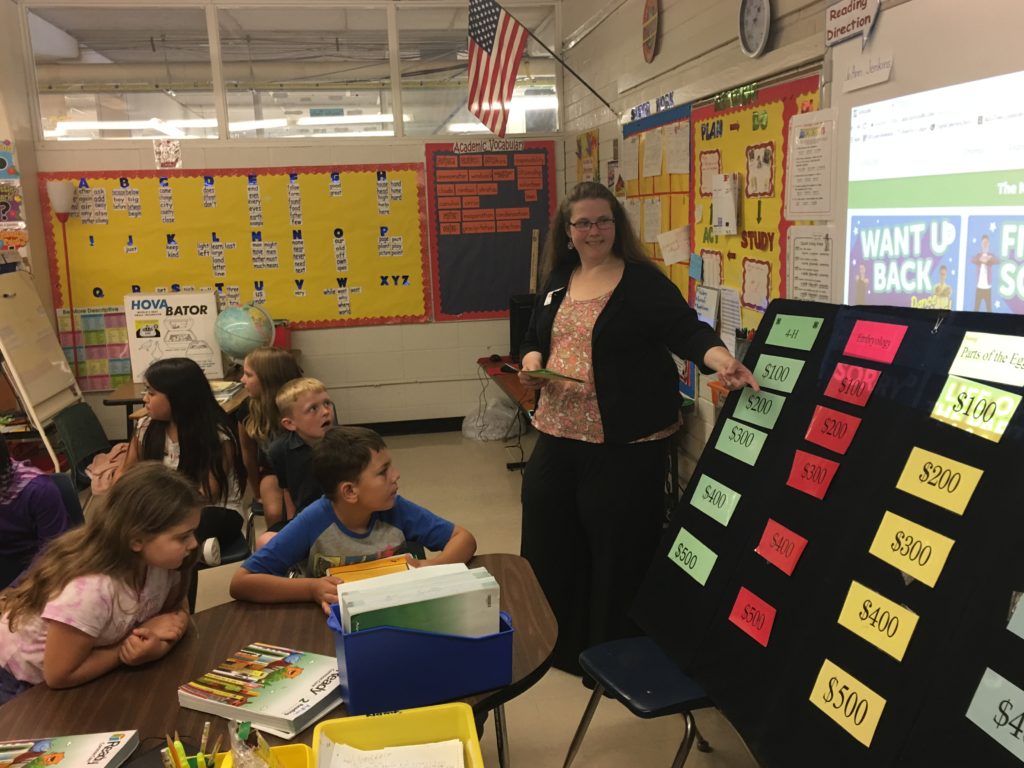 Livestock Agent, Jamie Warner discusses the rules of the game with students.

As a result of this embryology school enrichment program, the teachers stated that there was an increase in knowledge, decision making and critical thinking skills among their students. 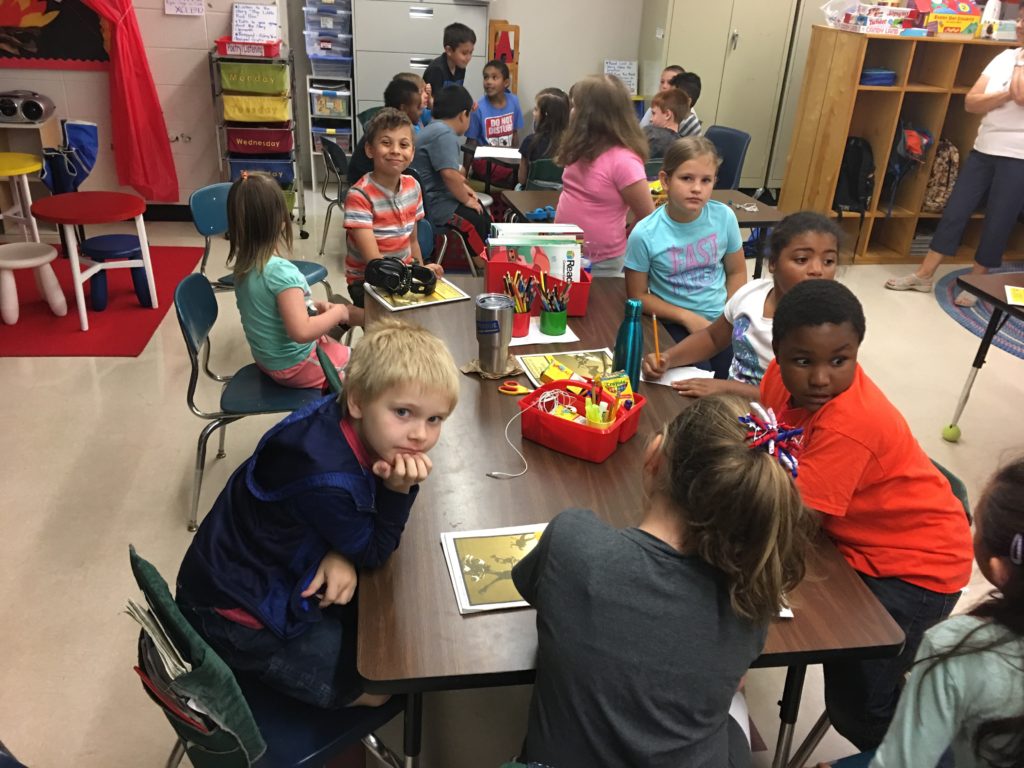 This particular team named themselves “The Terrific Turkeys” before playing Embryology Jeopardy.